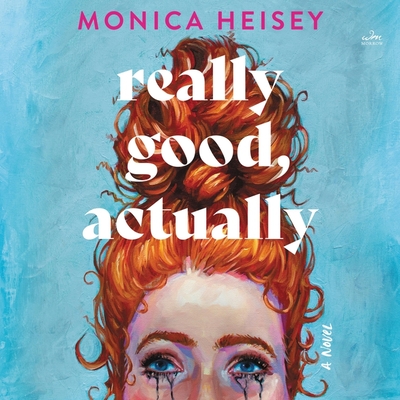 "One of the most hilarious and barbed accounts of unexpectedly starting over I've ever read. . . . If you've ever felt lost and hoped that it was leading towards wisdom, Really Good, Actually is your novel." -- Stephanie Danler, New York Times bestselling author of Sweetbitter

A hilarious and painfully relatable debut novel about one woman's messy search for joy and meaning in the wake of an unexpected breakup, from comedian, essayist, and award-winning screenwriter Monica Heisey

Maggie is fine. She's doing really good, actually. Sure, she's broke, her graduate thesis on something obscure is going nowhere, and her marriage only lasted 608 days, but at the ripe old age of twenty-nine, Maggie is determined to embrace her new life as a Surprisingly Young Divorc e(TM).

Now she has time to take up nine hobbies, eat hamburgers at 4 am, and "get back out there" sex-wise. With the support of her tough-loving academic advisor, Merris; her newly divorced friend, Amy; and her group chat (naturally), Maggie barrels through her first year of single life, intermittently dating, occasionally waking up on the floor and asking herself tough questions along the way.

Laugh-out-loud funny and filled with sharp observations, Really Good, Actually is a tender and bittersweet comedy that lays bare the uncertainties of modern love, friendship, and our search for that thing we like to call "happiness". This is a remarkable debut from an unforgettable new voice in fiction.