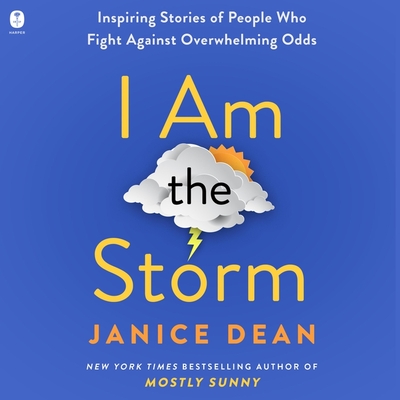 After losing her beloved in-laws in the spring of 2020, Janice faced a storm of grief and confusion. And once she learned that thousands of Covid-infected patients were deliberately sent to nursing homes, she took on the man she believed was responsible: Governor Andrew Cuomo.

What at first seemed like a futile fight ended with Cuomo's historic resignation. But it caused Janice to wonder: What fuels someone's resolve to go up against a powerful opponent? And how can ordinary people make the world a better place?

In I Am the Storm, Janice shares how she decided to go up against New York's most powerful political dynasty and tells the stories of others who stood like David against Goliath, choosing to fight for what was right rather than take the easy path. These ordinary people--from a California chef who defied another powerful leader's lockdowns to an American college hockey team that beat Soviet champions--faced extraordinary tempests. You'll be inspired by the passion of a gymnastics coach who vowed to change a sport mired in scandal, and the courage of a southern nurse who went to New York City to care for Covid patients at the height of the pandemic.

These and other true stories will reveal what it takes for real people to go through life's storms. And sometimes, those storms leave permanent damage. You may need a box of tissues as you read about a veteran who lost his hearing and sight to an IED, or a Minnesota mom who took up the fight against the opioid epidemic after losing her own daughter. But even in our darkest seasons, Janice shows, we can still have hope, resilience, and perseverance. I Am the Storm is an uplifting call to be brave like David no matter what Goliaths we face.

I Am the Storm: Inspiring Stories of People Who Fight Against Overwhelming Odds (MP3 CD)